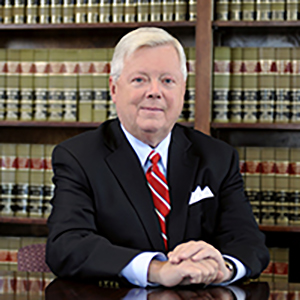 In this role, Chief Justice Emeritus Saylor provides invaluable assistance to the Center in fulfilling its mission to support the Supreme Court of Pennsylvania as it enhances the administration of justice through the delivery of high-quality continuing judicial education. The Judicial Scholar-in-Residence assists the Center in developing substantive and skill-based courses that meet the needs of Pennsylvania's more than 500 trial and appellate jurists and help the Center achieve its long-range goal of shaping a broader array of multi-disciplinary judicial education coursework that will have nationwide appeal. Saylor also teaches a course in the Duquesne University School of Law.

"The appointment of Chief Justice Emeritus Saylor as the inaugural Judicial Scholar in Residence of the Kline Center for Judicial Education will be transformational," said Duquesne President Ken Gormley, who helped to spearhead the creation of the Center in 2017. "It will be enormously beneficial to the Center itself and to hundreds of talented jurists in Pennsylvania who seek out first-class judicial education programs to remain up-to-date in a wide range of fields in order to enhance the administration of justice throughout the Commonwealth."

"Given his background and experience, Chief Justice Emeritus Saylor is singularly qualified to make an enormous contribution to the Center's work," said April Barton, Dean of the Duquesne Kline School of Law. "A jurist of such accomplishment will set the tone of the Scholar-in-Residence position, ensuring that judges who seek the Kline Center's offerings truly find themselves prepared for addressing cutting-edge issues on the bench in order to dispense justice fully and expertly."

Long dedicated to legal and judicial education, Saylor was an adjunct professor and jurist-in-residence at the Widener University School of Law - Harrisburg. In 2005, he co-chaired the Ad-Hoc Committee of the Supreme Court that produced an articulated curriculum for general jurisdiction trial court judges in the Commonwealth.

Following his induction as Chief Justice, he undertook the initiative of moving to a regime of mandatory continuing judicial education for trial and appellate judges, which was adopted by the Supreme Court in 2016. A year later, he was instrumental in conceiving the establishment of the Center, which was made possible by generous gift from Thomas R. Kline, an alumnus of the Duquesne University School of Law and a prominent trial attorney.

"I am happy to be returning in another role at Duquesne's School of Law," said Saylor. "It is a privilege to be associated with a law school I admire so much, doing work that helps and empowers leaders in our profession. That I am doing so at the Kline Center also is a considerable honor."