The Duquesne Chamber Orchestra (DCO), under the baton of Daniel Meyer, recently performed two on-campus concerts for the Duquesne community. The first, on October 1, was held in the Gumberg Library, just inside the main entrance. A reprise concert was performed in the Duquesne Chapel of the Holy Spirit the following Friday.

The repertoire featured on both concerts was Felix Mendelssohn's Hebrides Overture and Ludwig van Beethoven's Symphony No. 1 in C Major.

The DCO is a distinctive ensemble at Duquesne, smaller than its full-sized counterpart, the Duquesne Symphony Orchestra (DSO). It is designed to study and perform unique and challenging repertoire that the DSO would not typically play. More portable than the full orchestra, the DCO often engages with the Pittsburgh community more directly by performing in locations such as the Hillman Cancer Center and the Jewish Community Center, among others.

David Allen Wehr praised the ensemble for its efforts and high standards for music-making saying, "As the mid-term concert rush continues, I have been delighted to hear outstanding performances by many of our ensembles, most recently the Duquesne Chamber Orchestra. Congratulations to all for your high artistic standards and for providing great enjoyment for your listeners. I look forward to much more in the coming days!"

For more information about where the Duquesne orchestras will be performing next, visit duq.edu/MusicEvents. 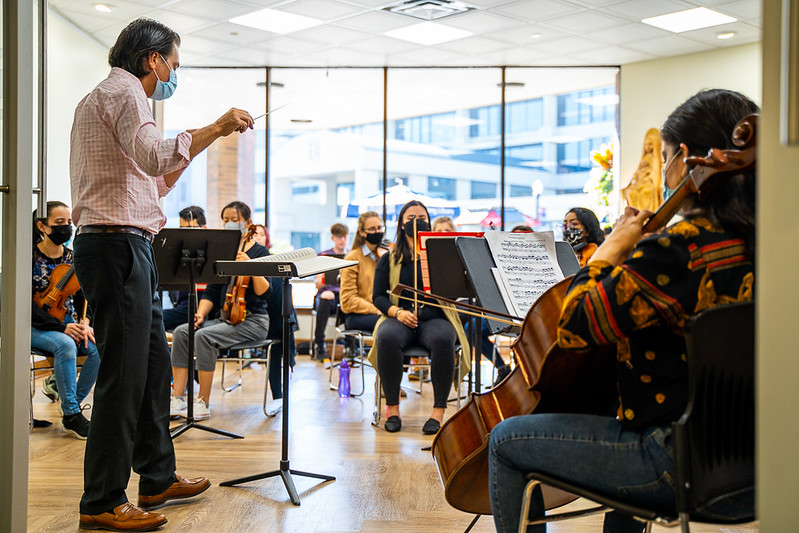